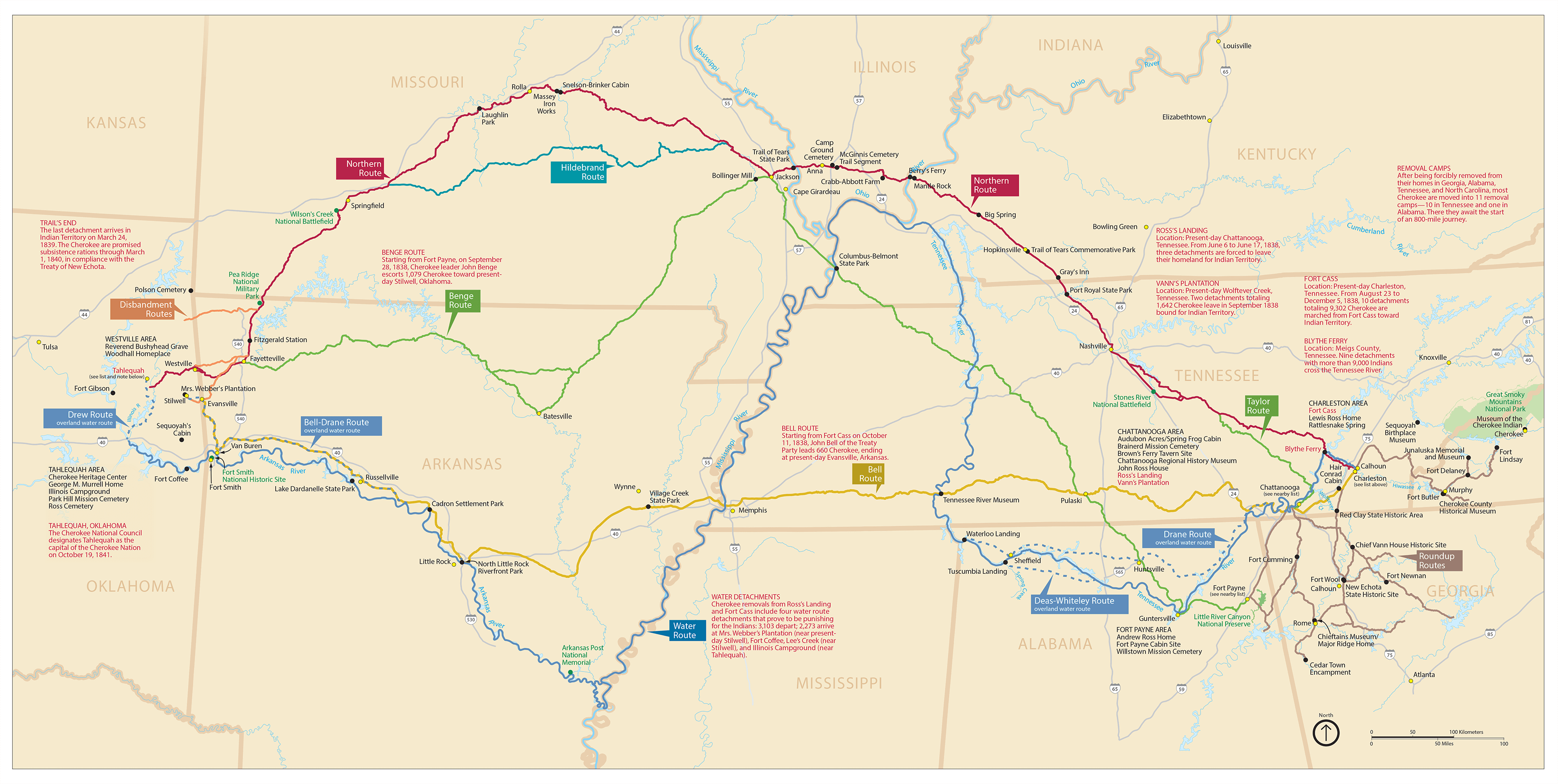 The Cherokee Nation has maintained a diplomatic relationship with the US government since its inception. When the Indian Removal Act was passed in 1830, this caused a strain on the government-to-government relationship.

For years, Cherokee leadership stood united against Removal. Once other tribes signed Removal treaties, however, and it became clear President Jackson did not intend to enforce a Supreme Court decision that ruled in favor of the Cherokee Nation’s jurisdictional authority over its lands in Georgia, Cherokee leaders became divided.

In 1835, the Treaty Party, with no authority to do so, signed the Treaty of New Echota, which gave up all Cherokee lands in the southeast. The Cherokee government opposed it, but the US Senate approved the treaty by a margin of only one vote.

Cherokees peacefully resisted Removal and ignored the deadline set by the US for voluntary Removal. When the deadline passed, 7,000 US and Georgia Guard soldiers drove Cherokee families from their homes at bayonet point. Cherokee people and slaves owned by Cherokee elite were herded into stockades, where they were held in the heat of summer to await the beginning of the long journey west.

Cherokees faced the death of family and friends while losing access to their ancestors’ homelands. Approximately 4,000 Cherokees of an estimated 16,000 died on the way to Indian Territory.